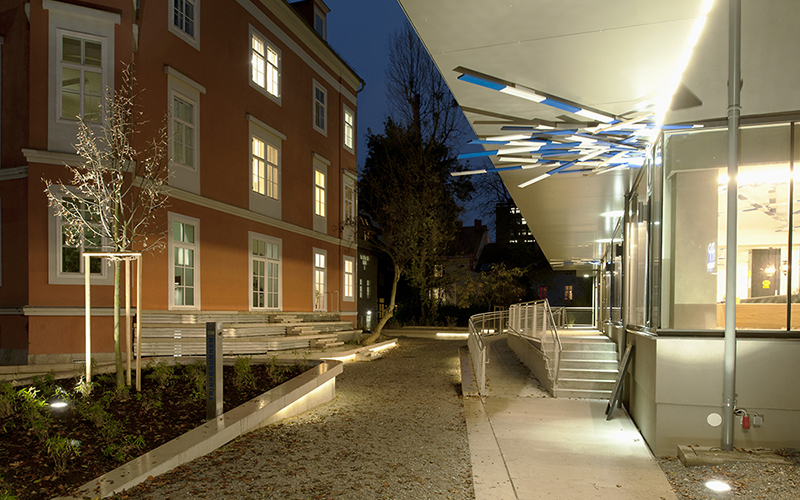 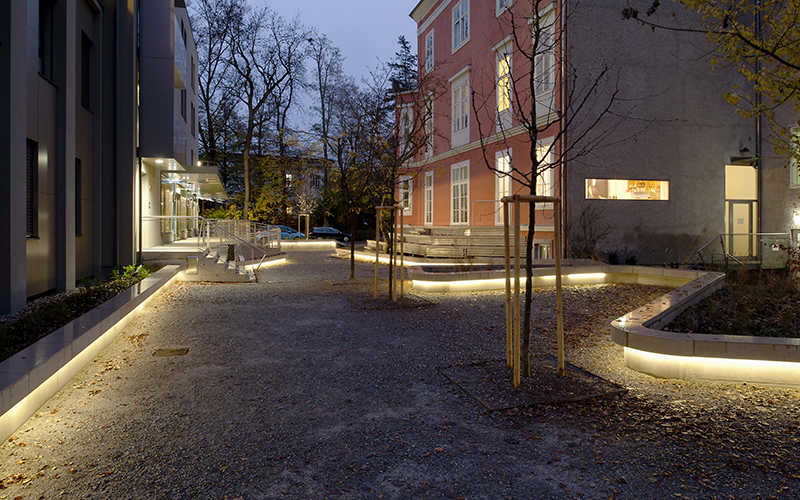 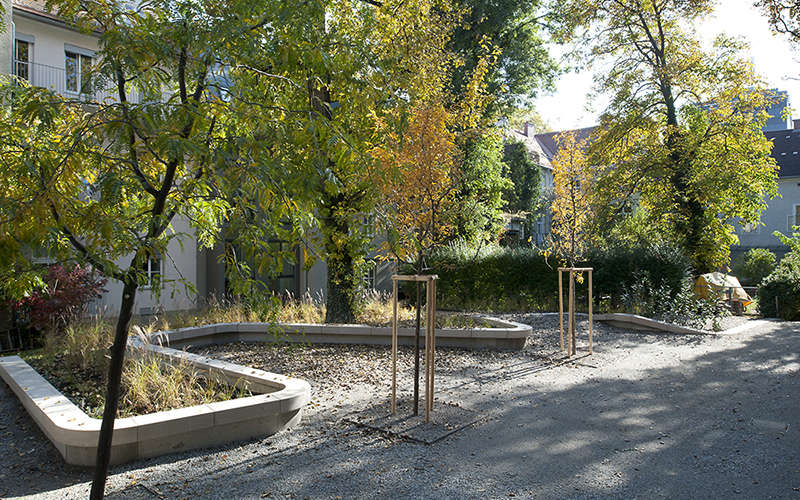 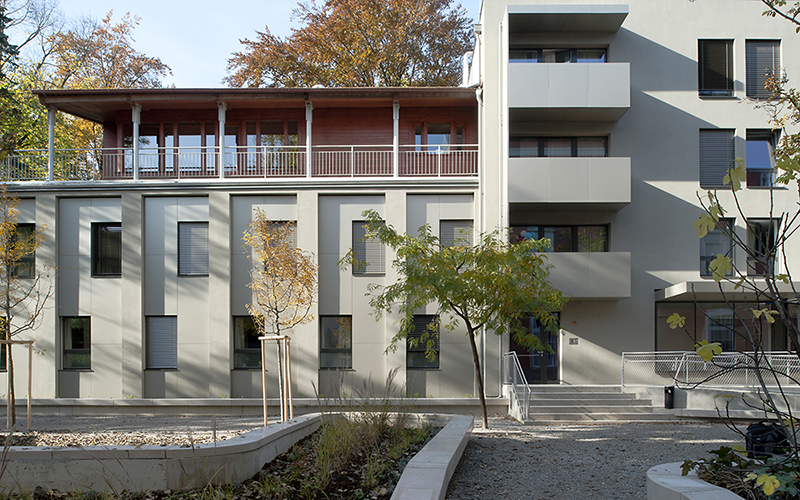 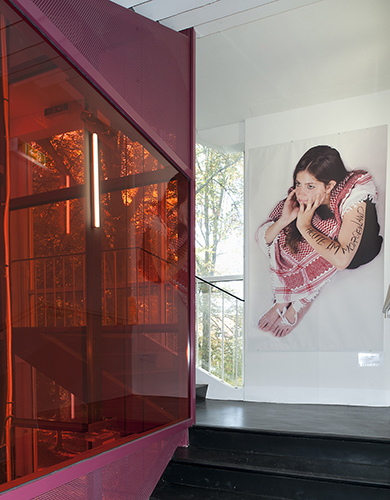 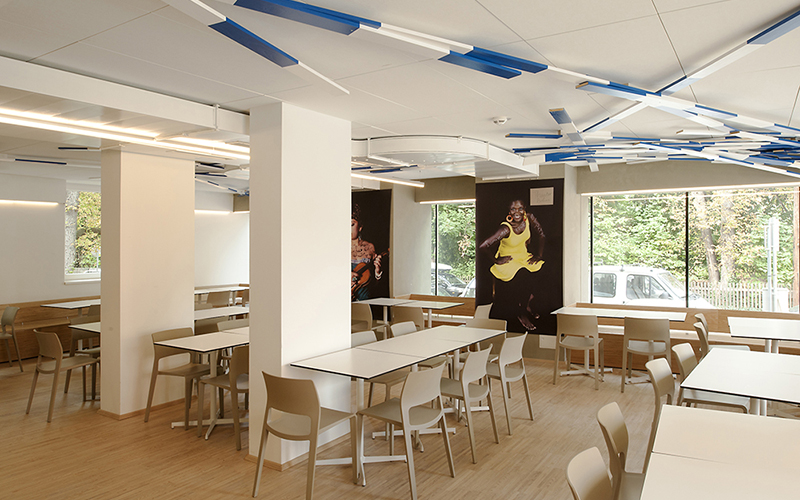 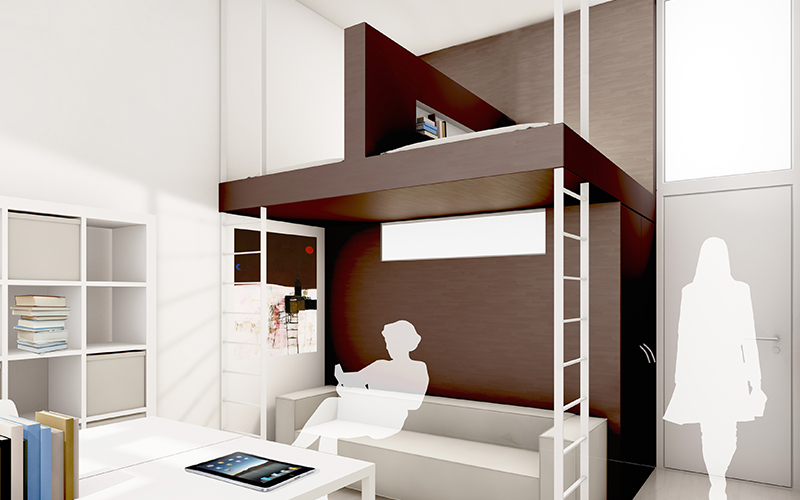 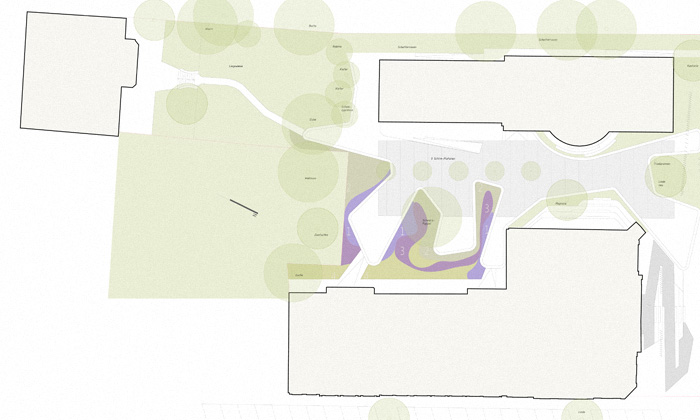 We were proposed to develop this project under a scenario of a limited available budget with the open possibility of enlarging it, depending on the already planned fund raising actions. These constrains defined a two-stage operation, where it was necessary to prioritize the overall concept phases, according to the available resources. Another important constrain to this project was the need to keep in functions the khg (Katholische Hochschulgemeinde Graz) and the aai (Afro-Asiatische Institut) and with a minimum interruption of the dormitory normal function.

The phased approach of the project and the division in the sections “must have” and “nice to have” are fundamental instruments for a cost-control proposal. The combination of the temporal sequence of the phased intervention and the exploration of the possibilities of the donations allow a larger intervention than the possible just with the original limited budget. All measures are then individually considered, according to these aspects and implemented on the overall design depending on the available funds.

The architecture project reflects the promoter’s will of creating a comprehensive site, which simultaneously maintains the autonomy of the institutions while creating a connecting space that express its multiculturalism. In analogy to the functional concept scheme of the Museum Quartier in Vienna, the institutions khg and aai are rooted on the terminology Quartier Leech, while maintaining its complexity and individuality. The open square is open to the street side, creating a platform of common identity that can be the stage for events, recreation or dinning. It provides space for communication, “spiritual gathering” and deceleration. The common areas of the surrounding dormitories are orientated towards this place, in order to enhance the sense of belonging.

The redesign of the “Café Global” was also part of the competition program. The project proposed an extension of the space and its adaptation to the actual legal requirements and accessibility norms. The original name, which was given due to its circular plan, was kept in order to preserve the memory of the preview space. The extension was managed by reorganizing the functions of the building. By increasing the sitting places from 60 to 92, the café became an important meeting space not only for students, but also for neighbors and visitors, reinforcing the multicultural and open character of the whole project..